The Central Observatory at Bengaluru was established on 1st Nov 1867 at Bowring Hospital, Bengaluru as per the proposal of Col. Strachey of Bengal of Asiatic Society of Bengal. This observatory was under the control of the Government Astronomer of the old Madras Presidency and regular observations were taken at 10, 16 and 22 hours daily since 14.07.1868.This observatory was shifted in 1892 to the Central College compound due to the keen interest and efforts of Prof. Cook of the central College, Bengaluru. Prof Cook became the first Director of the Central Observatory and it was he who persuaded the then Government of Mysore to to have the Observatory building constructed in 1893 on the model of Alipore Observatory of Kolkatta.

The Meteorological Centre with its forecasting office was functioning at HAL Airport premises since Jan 1973. With the increase in activities/responsibilities of Meteorological Centre, Bengaluru, the need to relocate the MC to a centralised location of the city in spacious premise to enable easy access and interaction with various users including State/Central Government agencies was acutely felt. A new building was constructed in Central Observatory premises in 1995. The offices of the Director and other non-aviation services were shifted from HAL to Central Observatory. Meteorological Office at HAL continued the aviation services. A new Airport Meteorological Office was established at Bengaluru International Airport, Devanahalli in May 2008, in order to provide weather services to Aviation with state of art Integrated Automatic weather station. An agricultural Research Unit is functioning from the premises of University of Agricultural Sciences, GKVK campus, Bengaluru.

In the last 154 years of its existence, the CO at Bengaluru has come a long way.From its very humble beginning having only thermometers housed in thatched shed to record temperature, it has now transformed into modern Meteorological Centre equipped with modern and state of art facilities. 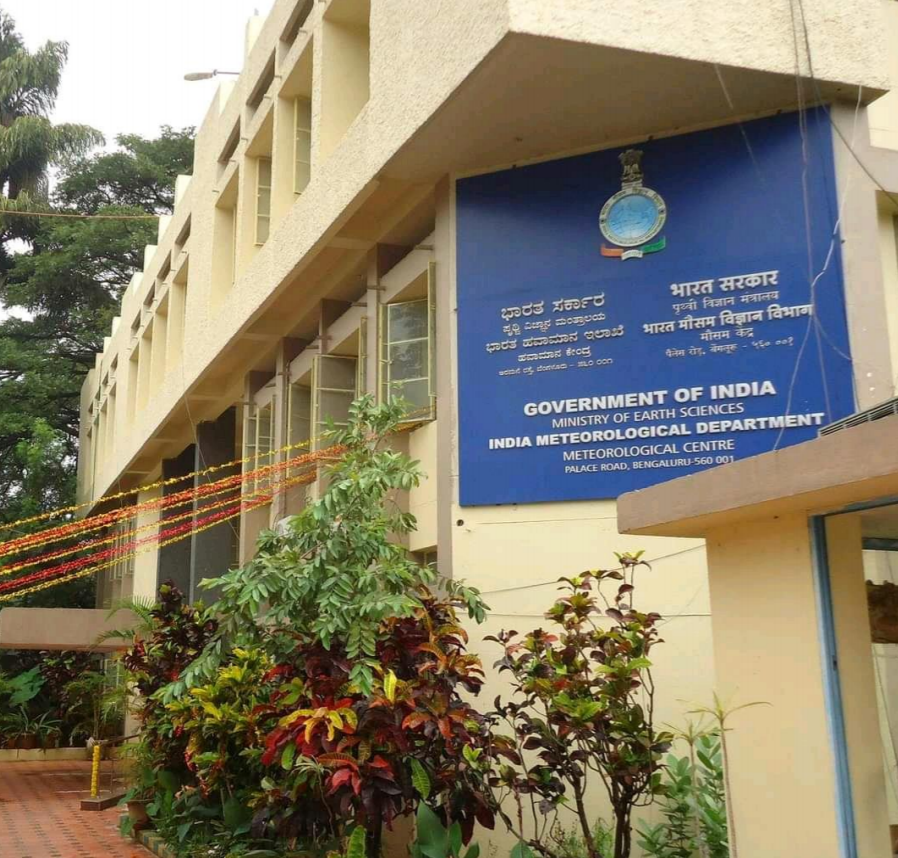